Mentor, Menace or Mediocre…Make Up Your Mind!

A chameleon is defined as any one of numerous Old World lizards of the family Chamaeleontidae, characterized by the ability to change the color of their skin, very slow locomotion, and a projectile tongue; or a changeable, fickle, or an inconstant person.
Having worked with Firefighters and Fire Officers from several departments, over many years, I continue to hear the same complaint and praises.  The issue is consistency.
The Chameleon Fire Officer: (The one who changes and blends with his/her environment as a defense mechanism.)  Is slow to react.  They can be characterized as fickle, moody and unpredictable.  They may display one aspect of their character as Firefighters; then a different one as a Fire Officer.  At best, they will make one change and you have to live with it; or at worst be one way today and another tomorrow.  I hear this assessment, over and over and over again.  Indecision and inconsistency in the fire station is bothersome yet tolerable.  It can be deadly on the fire-ground.

Let’s look at the three: Mentor, Menace or Mediocre.

Have you adopted the character traits, persona and practices of a mentor.  Someone who is approachable, learned, intuitive, genuinely concerned for the positive growth and development of others?  Are you a good listener?  Do you constantly strive to stay at the top of your game (by study, taking courses and by information sharing); so that you are a valuable and knowledgeable resource to subordinates, colleagues, your superiors, and the public?  Do you help, aid, and assist all members of your service, where-ever you encounter them?  Do you seek genuine opportunities to encourage others?  Do you attempt to turn negatives into positives?

Being a mentor is a selfless act.  It is a continuous process. It is a transparent process. It takes a strong commitment and a lot of work!

MENACE:
Have you adopted the character traits or persona of a Menace?  Are you perceived as one? Let’s face it –many members of our profession are “Type A” personalities. That is a good thing, at times and a horrible attribute at others.  I have met officers that bring hidden and no-so-hidden agendas to the workplace.  Why?When this happens, it clouds their judgement in all aspects of the work environment.  It causes other members of the service to shut down and avoid them.  One of the problems with that is many times those Menacing Officers are in key positions in the organization. LOL.  There is not enough couch time to unpack the psychological “issues” that created this “character”; just know that they are out there.Now, when I say a “Menacing Officer”, I don’t just mean the type that is always lewd, crude and obnoxious.  I don’t even limit that monicker to the one that is “in your face”.  I have met some of the quietest menaces you could find. Their modus operandi is calm, cool and just as menacing as officer who is “out there”.  These quiet, nondescript, “Closet Menacers” (<–poetic license, instead of “Menaces”) have their own way about harassing coworkers and subordinates.  They apply discipline and work assignments, disproportionately.  They play favorites and the “ends against the middle” (Classic divide and conquer).  Some of whom you would think stepped right out of the pages of General Sun Tzu’s, “Art of War” or Niccoli Machiavelli’s, ” The Prince “.  Cold, quiet and calculating.  Yet, a Menace, none the less!
MEDIOCRE:

Have you adopted the attitude, character traits and/or persona of a mediocre officer.  Status Quo is sufficient. It’s the Guy or Gal at the top who caused these problems and only they can fix them.  “Morale is low!”  “You really can’t change things, anyway.”  “Why Try?”  “There’s no benefit or penalty for attempting to improve things.”  “People are people.”  “This new generation of Firefighters are the worst ever!”  “You just have to go along to get along (and get ahead).”  “Things are just fine the way they are.”  “I set my expectations low and that way I am rarely disappointed.”  “Same Circus, Different Clowns!” “I’m just here for the paycheck.”.  Sound like anyone you know?

The Mediocre Officer is indecisive or, at worst, nonchalant. They are not engaging.  They skate by, with everything.  This person takes on the personality trait that they have already arrived or have risen as high as they can.  His/her characteristics are “Laissez-faire” (indifferent, hands-off or do the bare minimum).  One definition of laissez-faire is literal, “let it/them pass”.  Meaning let it along.  Don’t get involved.  Don’t interfere.  Don’t make changes.  Don’t make decisions.  Do you know someone like this?  Is it you???

Which One is Worse? 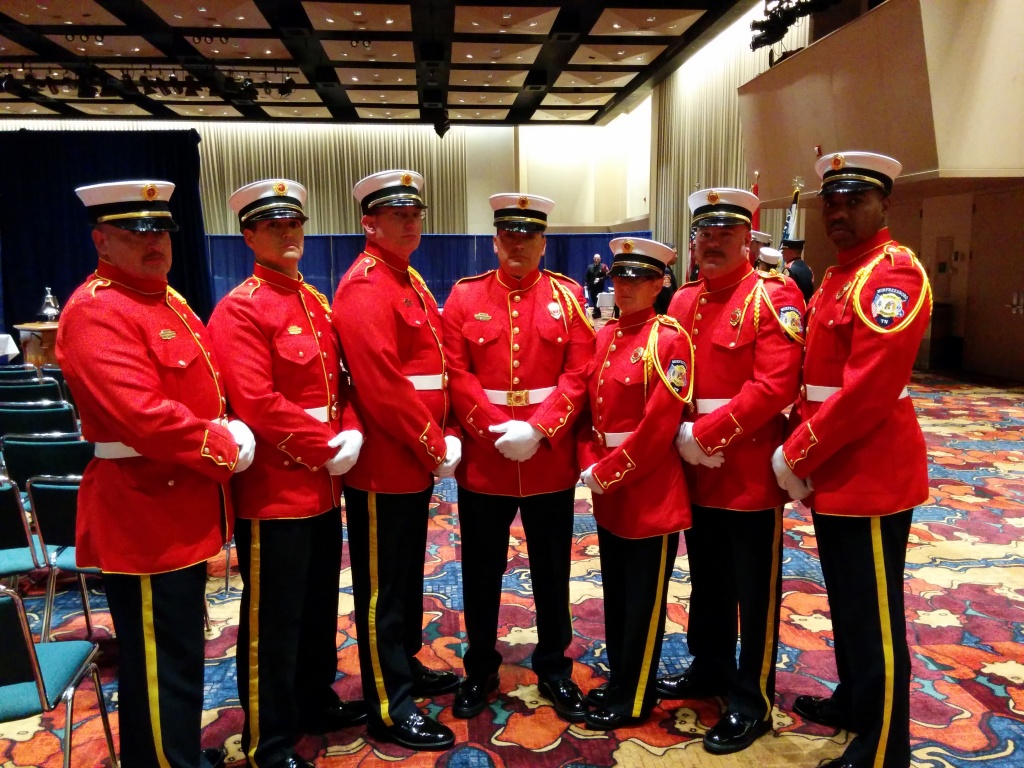