Thank you to all who made this moment possible.  I do not take it lightly or for granted.  Hope you enjoy this little talk.

“I want to thank Mike D, Mike G and my fellow panelists, for their courage, forthrightness, and professionalism in this endeavor.  They rose to the occasion out of love of country, our fellow firefighters, and our noble profession.   – John Alston

Join Capt. Mike Dugan (FDNY) and Capt. Mike Gagliano (Seattle Fire) for a discussion on starting a conversation about issues related to race without getting into conflict.

In particular, we will focus on the likely conversations that will occur in the treatment of the black community in our country and the fire service. To help give insight on doing so successfully, we will be speaking to:

Any perusal of the current stream of news or social media chatter makes it very clear that having conversations about racial issues can be very challenging. Events of the past few weeks make it inevitable that these conversations will be happening amongst your team in the firehouse. While we typically try to minimize these types of discussions at work, the simple fact that we live and work together makes simply ignoring or avoiding the issues impossible.

To provide some tools and tips for firefighters/company officers in how to initiate and have productive and thoughtful dialogue is the goal of our show. The more we can speak to each other in ways that create understanding, even when we strongly disagree with what is being said, the better chance we have of maintaining team unity, operational effectiveness, and relational understanding.

We are not attempting to answer the larger questions and issues being discussed in our society today. A radio show with short segments simply does not allow for the fuller development of ideas needed. But we feel hearing from some of our finest firefighters in the nation discussing how they have had success talking about these difficult areas may provide you with strategies/tactics to use in your own firehouse.

Had it not been for the COVID19 outbreak and life continuing on its merry way, I would have been at #FDIC2020, in Indianapolis, Indiana (God-willing).

I was honored to be invited to give the Opening Ceremony Speech, this year.  But that was not to be.  I want to thank Bobby and the Committee for that honor.  I was, however, rewarded with another honor because of this crisis.  I got to see my department the New Haven Fire Department ramp up and stand up to this pandemic.

I could not be more proud as a firefighter and Fire Chief.

Even though my speech was written for a different time and different place, the values still hold true.

You Can Get There From Here.  Find the positive.  Don’t feed the negative. #PatienceNotPanic

There is a new normal forming and we have to be a part of it or be out of step.  The difference between dinosaurs and crocodiles is that one of them adapted to their environment and the other became extinct.

Take care of yourselves and your families.

Learn to Lead Through Crisis and I’ll see you on the other side.

Thanx for the opportunity to highlight the great work of the #NHFD. I hope we can do it again, I feel the interview focused a lot on me. I am more interested in the work that we are doing in the City of New Haven and the incredible job done everyday by the proud men and women of organization. Thanx to all of the folks who tuned in and for your words of encouragement.

No one gets anywhere on their own. Someone aids, assists or “drives” them to the next level. I appreciate every experience and encounter that I have had. “The Good, The Bad or Indifferent…”

While attending a community event in the City of New Haven, Hartford Fire Chief Reggie Freeman and I got the opportunity to “chop it up”  and discuss his passion with Transformational Leadership.  Chief Freeman’s approach to management is crisp and to the point.  He has the innate ability to inspire and encourage leaders.

Please give a listen and share this great insight that Chief Freeman has been espousing all over the globe.

On February 1, 2016, Reginald D. Freeman was sworn in as the 37th Fire Chief/Emergency Management Director for the City of Hartford. Prior to the City of Hartford, Chief Freeman served as Fire Chief for Lockheed Martin Aeronautics in Ft. Worth, TX also known as U.S. Air Force Plant 4. In addition to his duties as Chief of Department to the team in Ft. Worth, Chief Freeman provided international guidance and direction to the Italian and Japanese governments through the Ministry of Defence by providing training and consulting to each nation’s Air Force Fire Department personnel, respectively as it pertains to the F-35 Lightning. Furthermore, Chief Freeman served as the Assistant Chief/Deputy Director of Emergency Management for the City of Hartford, CT as well as Fire Chief for Lockheed Martin in Marietta, GA. (U.S. Air Force Plant 6) where he was named Professional of the Year in 2009.

Chief Freeman served in Iraq as a civilian Fire Chief for the U.S. Department of Defense and coalition allies from 2004 to 2008, providing all hazards fire and emergency services to forward and continuing operating bases throughout Iraq. His last assignment was at their headquarters on Camp Victory in Baghdad as the Chief of Compliance, Safety, & Planning where he helped managed more than 700 firefighters and nearly 25,000 calls per year.  He has worked in a number of fire service capacities in his career including Firefighter/Emergency Medical Technician (EMT), Fire Captain, Fire Service Instructor, Assistant Fire Chief, and Fire Chief.

Chief Freeman’s educational accomplishments include a Bachelor of Arts in Leadership from Bellevue University in Bellevue, NE. He earned his Master’s Degree in Executive Fire Service Leadership from Grand Canyon University in Phoenix, AZ and he is currently a Doctoral student in dissertation phase studying Organizational Leadership with an emphasis in Organizational Development. Chief Freeman is also a graduate and Fellow of Harvard University’s Senior Executives for State & Local Government program at the Kennedy School of Government. Chief Freeman previously served as the Chair of the Industrial Fire & Life Safety Section for the International Association of Fire Chiefs (IAFC) and a previous Board member of the Executive Fire Officer Section of the IAFC and Technical Committee member of NFPA 1021 (Fire Officer Professional Qualifications), respectively. Additionally, Chief Freeman serves as the Chair for the Commission on Professional Credentialing via the Center for Public Safety Excellence, Inc. and is also the Director of Training for the Caribbean Association of Fire Chiefs. Lastly, Chief Freeman is an accredited Chief Fire Officer (CFO) through the Center for Public Safety Excellence, Inc. as well as a credentialed “Fellow” with the Institution of Fire Engineers, USA Branch. Lastly, Chief Freeman serves on the Board of Directors for NFPA.

Chief Freeman is an Adjunct Professor for Anna Maria College and the University of Florida where he lectures in both undergraduate and graduate Fire Science and Master of Public Administration programs. 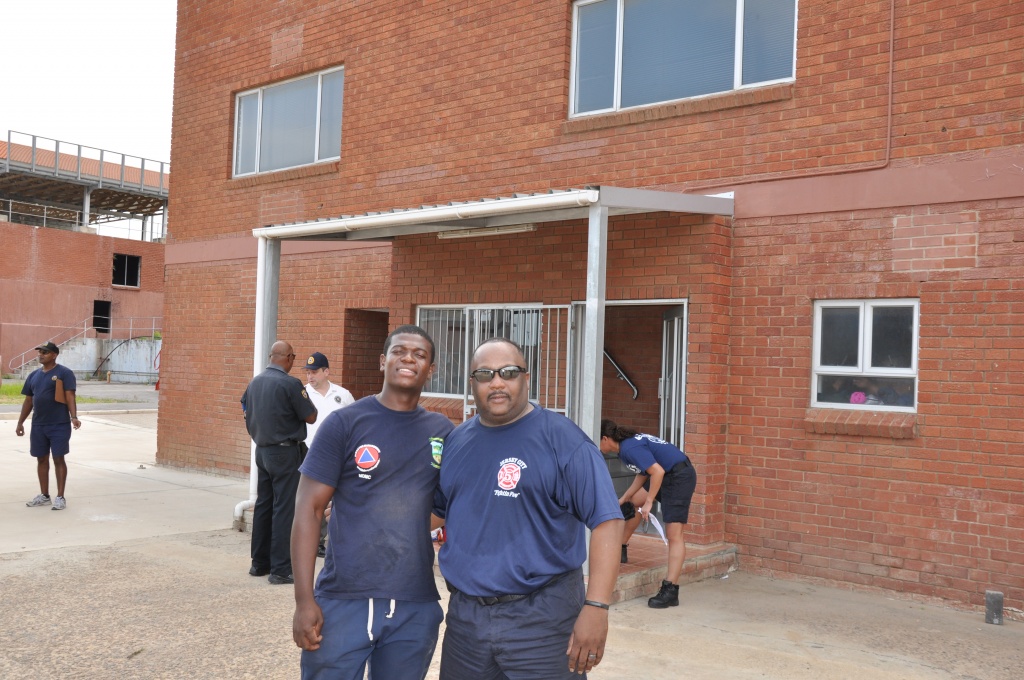